Chinese Flash Sales Websites: More Than a Flash in the Pan

Flash Sales or ‘daily deals’ as they are known in the west, are a growing phenomenon in China’s competitive online market. Flash sales have become increasingly important as companies offering similar products are forced to compete on price in creative ways. Not only do companies list daily deals on their website, but they also have fully automated apps that allow users to receive notifications for products and brands that they select. Generally a flash sale will last up to 2 days, but it could be as short as 2 hours. The shorter the sale, the bigger the discount.

After a record US$9 billion of sales on Singles Day, the world’s biggest 24-hour e-retail extravaganza, the market in China for flash sales appears stronger than ever. However the one-day feeding frenzy may not the best indicator of health when it comes to the flash sale site model.

Flash sale sites that run year-round as opposed to one day-sales are frequently criticised for the questionable sustainability of their model. Most U.S. flash sale giants have seen steady losses over the last two years. However new entrants to the China market are optimistic, claiming that the simplified experience and access to merchandise makes flash sale sites an ideal model in China’s developing consumer market.

Chinese e-commerce titan Alibaba is trying to beef up sales of luxury products, with an announcement that it will invest in luxury flash sale website Mei.com.

The company said on Wednesday that it will invest an undisclosed amount in Mei.com, which peddles items like discounted Armani clothes, Tiffany jewelry andShiseido cosmetics for a limited time to Asian consumers. Chinese media reports say Alibaba has agreed to put more than $100 million in Mei.com. Founded in 2009 by former Coach COH +0.22% China head Thibault Villet in Japan, the business entered China in 2010. Alibaba will hold more than 50% of Mei.com upon completion of the deal, reported Chinese news site 163.com, citing an anonymous source familiar with the deal.

Alibaba will form a specialized service team to help Mei.com grow its user base and logistical services. The company is also seeking to complement its luxury product offerings on Tmall by cooperating with Mei.com, which works with more than 2,400 brands worldwide and counts brands such as Armani, Zegna, Michael Kors and Guerlain as partners.

The deal comes as Alibaba faces accusations of having knowingly allowed the sales of counterfeit luxury items on its platforms. Kering SA, the parent company of Gucci and Yves Saint Laurent, in May filed a lawsuit in New York, accusing Alibaba of being a conduit of counterfeit items. The company has said that the complaint has no basis and it will fight it vigorously.

Xiaoher is another flash sale newcomer that has managed to gain momentum recently, completing its US$10 million Series A funding with the help of venture capitalists Lightspeed China Partners (LCP) this month. Xiaoher is the Chinese version of niche site Zulily, which targets mothers and children with discounted products.

According to Xiaoher CEO Michelle Meng, the flash sale model is successful in China because it functions more like a catalogue, simplifying the online e-retail experience. She claims that users across over 3000 Chinese cities were checking the site for new deals going live every day at 7am, as opposed to coming to the site for a specific product.

“Traditional e-commerce sites require shoppers to choose from a series of complicated options. Most of the Chinese women who shop with us are from the middle of the country where these functions are unfamiliar.”

According to Meng, Xiaoher shoppers preferred the simplicity of browsing pre-selected deals, rather than seeking out products. “It’s almost like a subscription, but many women from China’s interior don’t have email, so this is a simple alternative.”

Xiaoher and other Chinese flash sale sites also have another distinct advantage over their US counterparts, in that inventory is much closer to home. Volatility in the U.S. flash sale market is directly related to merchandise availability. Sites rely on sourcing off-season, or otherwise discounted, bulk merchandise that can be acquired according to consumer demand and then sold at a substantially cheaper price. However there are very few flash sale companies that can source enough merchandise without taking the next step into manufacturing their own.

Meng, who claims Xiaoher stocks over 2000 brands, believes the flash sale model can survive in China without in-house production.

“We continue to reach out and find more [brands].  They are very willing to cooperate with Xiaoher, because traditional sales channels are too expensive, while Xiaoher is free and brings them lots of sales,” says Meng.

However market conditions have since stabilised, putting more pressure on sellers to find inventory. Gilt may end up being the last of its previously swollen competitor pool in the U.S., following news last July that main competitor and eBay affiliate, Rue La La may be sold to Gilt Groupe at a US$400 million valuation.

The thirst for e-retail deals in China certainly isn’t dwindling. However it was reported that anestimated 50% drop in sales preceded the Singles Day event this year, showing that Chinese consumers are not necessarily as impulsive as flash sale merchants may like.

For sites like Xiaoher, the consumer preference for simplicity and a seemingly endless supply of cheap inventory appears to be giving the flash site model a second life in China – at least for time being.

FClub operates on the same model as VIPShop. It got $30 million in funding very recently and might well follow VIPShop along the IPO route. The site was launched in 2009, and it sells mainly mid-range clothing and accessories, as well as some luxury items. The site has partnerships with over 1,500 brands to buy up items and re-sell them to members within a period of five days. ALL WE HAVE FROM: https://www.techinasia.com/ecommerce-players-china-watch 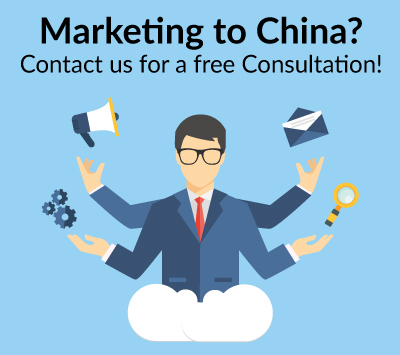